So close to making history with a gold medal but had to settle for silver.

The morning was tense for the whole team and the parents. They knew they were playing against Vic 1 which had demolished NSW 7-1.

Can WA do better? Well, with lion hearted team players and the encouragement of Coach Yuli, Manager Annie, Asst Manager Sok Teoh and now Asst Asst Manager, Teoh's oldest daughter, we had to do well.

Next was Bernice and Joanne in the girls doubles.  Joanne had been running a fever and was not in the best shape. However, trooper as she is, she was going to give her all for WA.

Next on was Theodore. He did not disappoint WA winning in 2 sets at  21/10 and 21/10. His confidence is growing every day and he will have a good individual tournament.

Vevina then stepped in for Joanna who is still unwell. She played Sydney Go who is a more experienced player.  Vevina tried her best and gave everything but could not contain Go losing in 2 sets.

Her parents should be proud of her. She never gave up and gave everything for WA. She still has another year to represent WA and I am sure she will shine next year.

We were now 2/2. Jonny steps up for WA. He plays Otto Zhao who has beaten him before. Jonny is  not fazed and is in full focus mode. He wins the first set 21/19. He progresses to the 2nd set at 21/19 although he gave Coach Yuli some anxious moment when he lost 3 pts in a row.

Next came Bernice.  She is such a strong player  and never a prima donna.  A credit to the Teoh family who have brought such great players and children. Mummy Teoh was all stressed watching young Bernice fighting for WA and giving everything.

We now had to just win one more match to win gold. However, it was not meant to be. WA lost both mixed doubles match despite the players giving their best.

So much emotion and adrenaline. To feel on top of the world and then to crash to 2nd place was hard for the team. Even President Lily had tears in her eyes knowing the young WA players had given everything but had to settle for silver.

We lost by 2 sets. Even though, the team need to feel proud of what they have achieved.

They made history by beating NSW 1 for the first time since the tournament started.

They got a great score against Vic 1 losing in 2 sets. All these they owe to Coach Yuli, Manager Annie and umpire Lily. They had confidence in what each of you could achieve.

I had dinner with Coach Yuli and wife Annie tonight. They had reached home at 3 pm and slept till dinner time, exhausted after all the adrenaline.

Their assessment of the team:

Jonny did such a great job stepping up as captain and giving his all for WA. The best thing is, he can play again next year.

Bernice: Such a backbone for WA. So focused playing under pressure and always giving her best for WA. She is going to represent Aus for sure. Maybe the Olympics with brother Kai Chen.

Theodore: Quiet Theodore who does not say much but always gives his best for WA. I heard he finally had a laugh with the team last night after Jonny asked why Theodore was always so quiet. Theodore, enjoy the game as it is a game. Enjoy the team as they all want you to feel a part of a greater force for WA. You have the Under 17s to look forward to.

Joanne: Such spirit, our young Joanne. And she can play in 2 more Under 15s. She will be a star next year. In  fact she is already a star this year. If she did not win NSW 1 in her singles in 3 sets despite the pain , we would not have the chance to fight for gold. Her parents need to be very proud of her as much as WA is proud of her.

Julian: He  was disappointed that he could not contribute more for WA today. Julian has much to offer WA. He has the Under 17s to look forward to. He has done his part for WA in this tournament although I am sure he wishes to have contributed more. Julian, you have contributed to a silver medal for WA and no one can take that away from you. Train hard and shine in the Under 17s.

Vevina: You have the spirit and evreyone can see how you fight for every point. That is admirable. As you get more experience, you will shine. You have the making of a great player. Your mum was apologetic for your performance. Coach Yuli and everyone else, says we are proud of you. Train hard next year for the next Under 15s. You have the skills to be great.

Coach Yuli: My assessment. Yuli has been the greatest thing for WA junior badminton. She has single handedly turned WA juniors badminton around with her dedication and love for the sport. She nearly got gold today but had to be content with silver. Maybe we can persuade her to coach the Under 15s again next year.

Umpire Lily and President: Thank you President for giving your time for this young team. You have shown the players commitment to WA. You have led by example. BAWA is in good hands because of individuals like yourself.


Finally to the parents.

WA will not be where we are if not for the parents who support their children. These parents for the team were great and so supportive. I can see their love for their children. Why do I blog even though my son Tyz was over the Under 15s years ago?

It is because it is  important for the players and parents to have a record of what they have experienced.

I hope the players will treasure what they have achieved. Good luck in the individuals.

Lastly, the players have to be thankful to  their seniors like Kai Chen and Kai Jie, Tyz and Xiang. These elders were supporting you all the way.

So, make us all proud tomorrow. 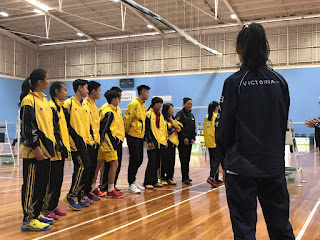 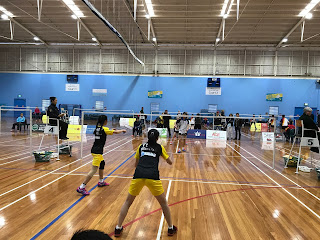 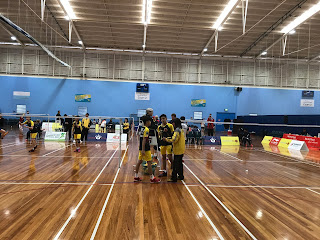 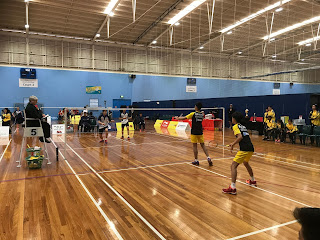 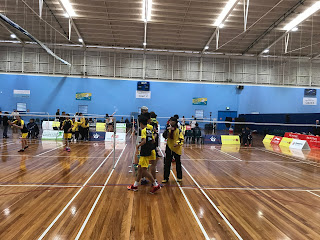 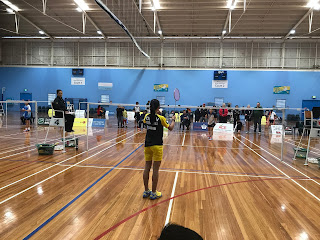 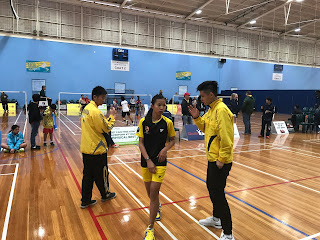 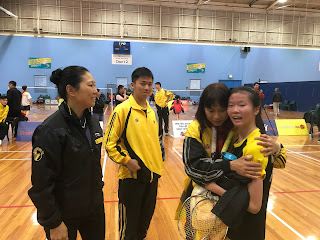 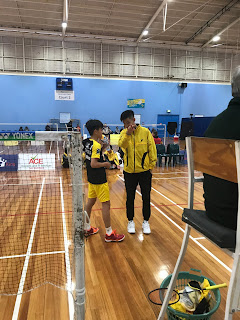 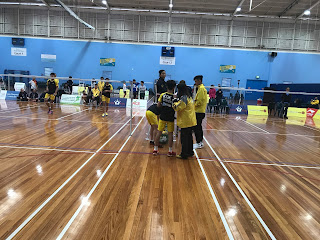 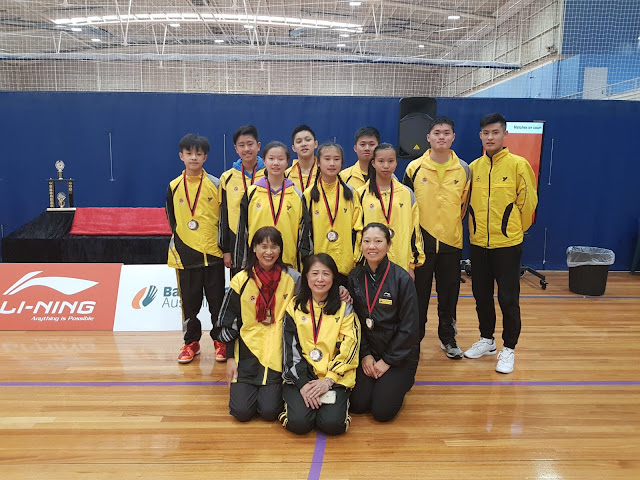