It has been a nerve wrecking day.

WA was now down 3 matches. It was looking dire. This looks like all the games we have played against NSW 1 all these years. WA 1 has never been able to beat NSW 1 and it looked like this year was not the year again.

Then young Joanne went in to fight Yasmin Say. She managed to win the first set at 21/19, Such concentration from young Joanne who can play again in the Under 15s next year.

Yasmin fought back in the 2nd set and won at 21/18. This was another 3 setter and Joanne was looking tired and clutching her tummy. It did not look good but she refused to give up. I could see the pain in her young face.

The 3rd set started and it was torturous watching Joanne play despite her pain. Half way through the game, she had to ask for a short injury break. Every one was frantic trying to get her some painkillers for her knee which was hurting.

I could see the tears in her eyes as she sprayed the painkiller on her knees.  I wonder what her parents must be feeling.

She got up and continued the fight to a final win at 21/19. What a star. She has real courage and determination. I think she must have turned the game around as every one in the team saw how she fought for WA and felt encouraged. We were now 1/3 but still trailing.

Jonny then went in for WA and easily beat Ivan Wong in 2 sets under 10. He reminds me of a young Xiang. Just as talented and equally cocky.

Next Berniece went in to fight for WA. She had no problems beating Angie Liu in 2 sets. We were now 3 sets all and things were looking interesting. She has been a real backbone for the team.

I spoke to Xiang Ling, the Under 15s triple crowner. He had been coaching some of the players with Kai Jie and Tyz. Xiang said we just needed to win 1 more game and WA 1 would win. He should know, he has played in many tournaments.

However Jonny and Berniece beat Yasmin and Ivan Wong also in 2 sets and with a better score.

Based on Xiang's calculation, we had won by 1 set.

There was no celebration as everyone was unsure.

I found out later that the tournament referee and BAWA's Executive officer said the point had not been given to WA yet as they interpreted the rules against WA.

Sok Teoh, our experienced assistant manager (yes, I think he has been appointed) went with Annie to argue the rules and persuaded the tournament referee to give WA the point. Good work Sok Teoh.

So that was the morning for WA 1. It was good that players like Xiang, Kai Chen, Kai Jie and Tyz, all experienced big brothers came down to coach.

I have been checking around and cannot find any one who can tell me when was the last time we beat NSW 1.


Meanwhile WA 2 were not having an easy time against NSW 2.

WA 2 only manged wins with T Sentoso and R Swain against A Fang and P Kustiadi in a 3 setter.

Only Dawson managed a 3 set loss against Xenos He. Never mind, WA 2 players are all young and the experience will help next year. 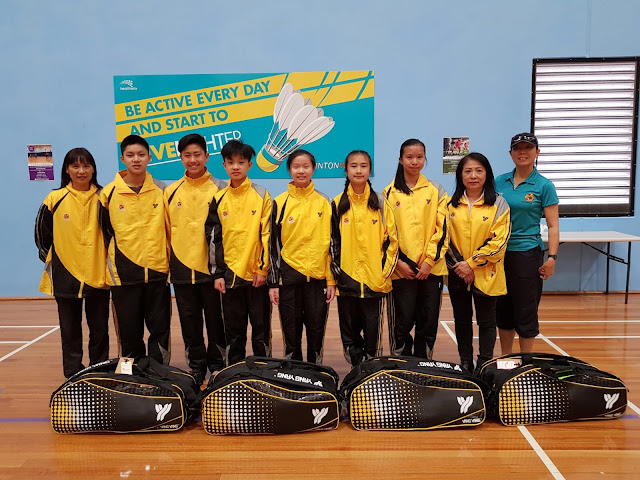 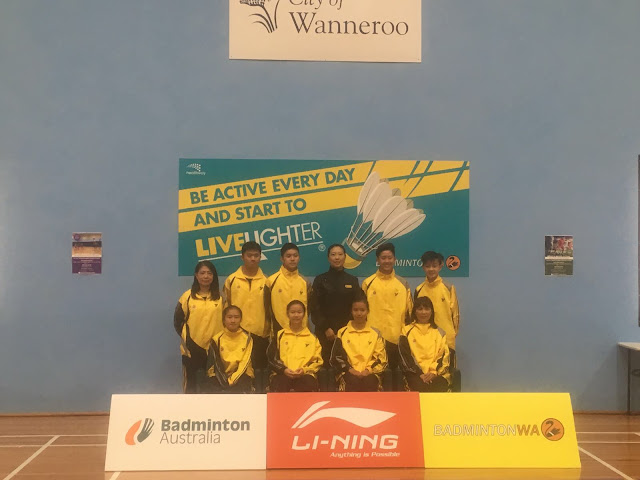 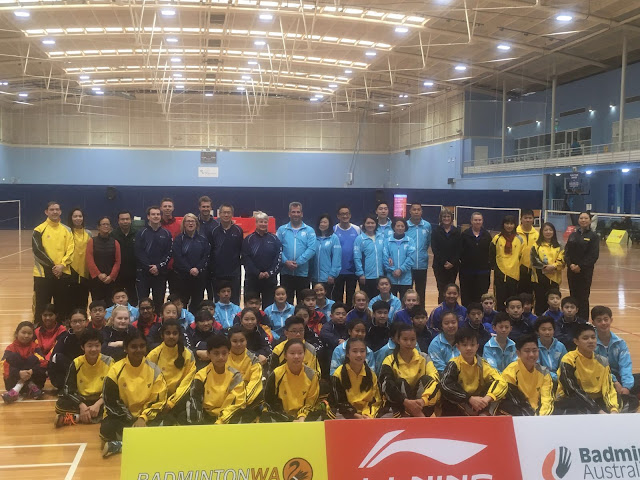