WA 1 had an easier afternoon game against Vic 2.

Theodore won his first singles game against B Chen also in 2 sets. That should get his confidence up.

Vevina played her first game for WA 1 in singles no less. Unfortunately she went down 12/21 and 10/21 against a more experienced Gloria Li.

Jonny again had no problems winning in 2 sets against Geoffrey Jap who was getting more and more vocal.

Bernice again had no problems with her singles winning both games under 10.

Jonny and Bernice finished off the match strongly in 2 sets.

That means WA 1 has to beat NSW 2  and Geraldton tomorrow to have a crack at the gold medal.

WA 2 was having a tougher time fighting all the way against SA.

Dawson and T Sentosa lost to Charles Jong and Gavin Ong in 2 sets. Angusamy and Cindy got WA 2  up with a 3 sets win against J Kaur and Catrina Tan.

Timothy got WA in front with a 2 set win against W Johnson. However, Angusamy lost also in 2 sets against D Nugoho.

Damien also could not beat Gavin , losing in 2 sets.

Cindy also went down in 2 sets against Catrina Tan.

It was now down to the mixed doubles. WA managed 2 matches with Dawson and R Swain winning in 2 sets. Damien and Angusamy in 2 sets.

Nick has done well with such a young team. He also had Ray Darmawan come in to help coach.

It has been an interesting day.

Tomorrow will be even more interesting. 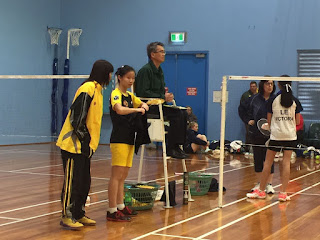 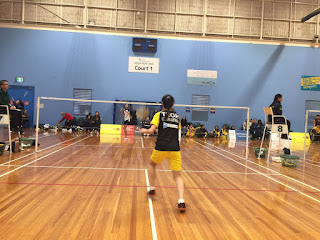 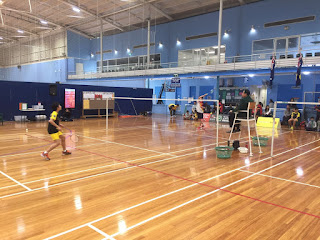 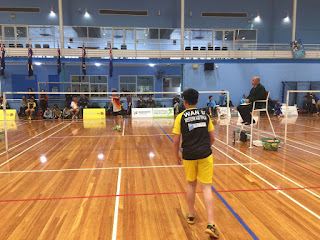 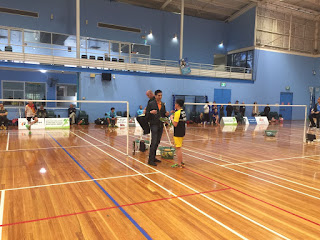 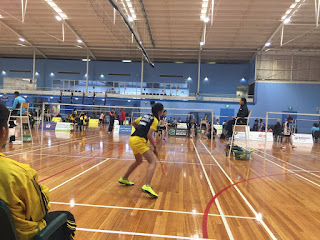 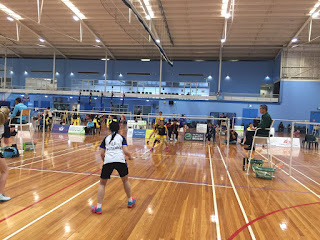 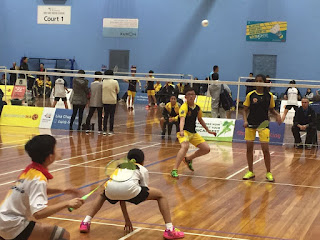 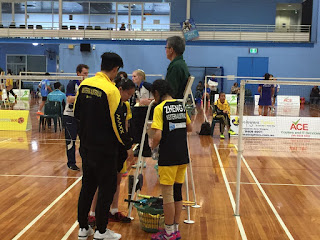 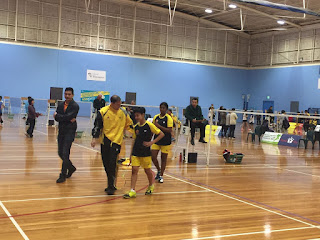