Most of the players and parents have been working hard to fund raise for the teams.

As usual chocolates are being sold by the players. Quite a bit of water supplied by Refresh Water of http://www.refreshpurewater.com.au/ has been sold by the parents.

I have just been informed that Sok Teoh has managed to get RSM Bird Cameron to sponsor a sum of $500 for the state team. I believe the funding is from the Perth branch of RSM Bird Cameron which can be found at http://www.rsmi.com.au/contact_us/western_australia.html,c=y

I just received  the latest photos of the the State teams.

I am not sure how the 2 different teams are faring in their fund raising efforts. There is still lots to do so that the parents do not have to dip into their own pockets. I have been there before and know how hard it is to raise funds for the team.

Good luck guys.
Posted by Raymond Tan at 12:39 AM No comments:

Yes, we have 2 WA state teams for the Under 15s competition this year.

This is a first for WA. Instead of sending a regional team, it has been decided to send 2 state teams.

The First team comprises of the following: Kim Rodgers as Coach. Kim coached the silver winning team in 2011. Hopefully he can bring us gold this time.
Eric Low: Manager. Eric has also been coaching some of the players prior to their selection and will be a great asset in assisting Kim on the coaching side.

Kai Chen is captain. This is his 2nd time in the Under 15s team. He won the boys doubles last year with Xiang and the team bronze. Can he bring in the triple crown again like Xiang last year? Kai Chen also got a bronze this year in the Under 19s state team. Good luck to him.

SunYee and Milain are in their first ever state team. They are rising stars in the state badminton scene but need to continue to work hard to achieve their potential.

Bella, our dear Bella. This is her first Under 15s. She was in the Under 17s team last year that made history with their first ever Bronze medal. She also got bronze in this year's Under 19s team. She will do well I am sure in the Under 15s competition.

Geri May has won bronze in her last Under 15s team event. She also got gold for her mixed doubles with Xiang. She was in the recent bronze winning Under 17 and Under 19s competition.

Louise Bradford was also in the Under 15s team last year that got bronze.  Her experience will help the team to go further this year. 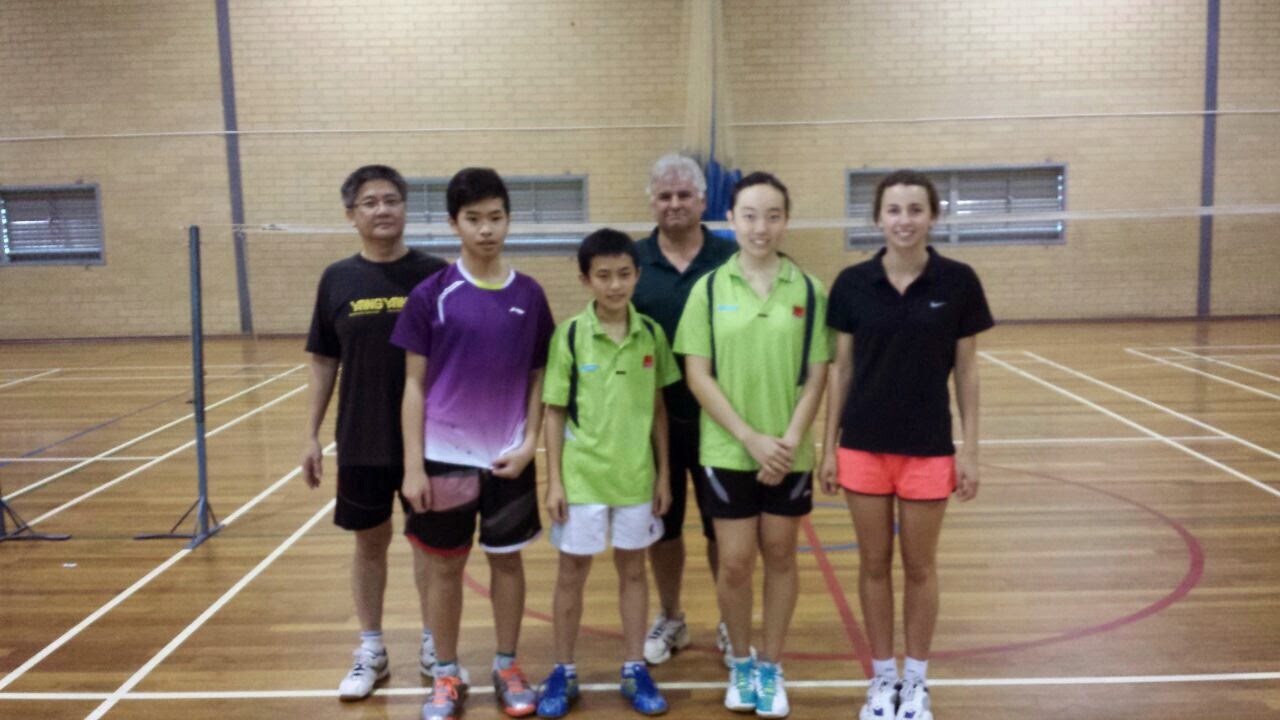 The 2nd team has Sok Teoh going as coach this time. He was the manager of last year's Bronze Under 15s team. To say that Sok Teoh is dedicated to badminton will be an understatement. His experience will help the 2nd team.

The boys are Jason Lee as captain and Rupert Kang and William Klein forming the rest of the team. I believe this is their first ever state team and wish all of them the best.

Likewise, we have Katie Zhang and Erin Els forming the team for the girls in their first state team.  Good luck and learn from the experience.

Hopefully the team can send me updates so that I can post them on the blog. It looks like it will be an exciting event with WA having their first double team.
Posted by Raymond Tan at 10:08 AM No comments: