Last day at the Competition

Yes, we have survived to the last day of the competition. The only players left with a game are:

Phing with her Singles semi final;
Olivia with her plate singles
Olivia and Tyz with the  mixed doubles plate.

The day started out with Phing feeling very flat. She was unable to garnish enough energy to fight off a strong challenge from Tammy  who is no. 2. Phing lost in 2 straight set. She was not able to find the inspiration that made her beat the no. 1.

Of course she was visibly upset after the game.

Next on the line was Tyz and Olivia in their mixed doubles plate. Olivia told her dad that she did not want to play as she was hungry. She complained that she had not had enough rice the last few days and especially the night before as she had Italian for dinner.

Olivia just could not find the energy to garnish a fight. That affected Tyz and they both proceeded to lose 2 sets straight.

After the loss, Tyz was so upset that he wanted to be alone. I sat with him with his back to me to let him know that I was there to comfort him if he wanted me. We sat together for about 20 minutes both not talking to each other before he turned around and asked me what was for lunch.

I then held him and we both had a good cry over his loss. Why do I feel every bit of pain and sorrow my both sons goes through. We both promised that we would do better next year.


Meanwhile, Andik had gone all round town on foot to get food for Olivia who had a singles plate final. Irma also ended up with Mcdonalds for Olivia and the kids.

Olivia was suitably replenished for her final singles game. She proceeded to demolish her opposition in 2 sets. My god, what a difference there was in her play. Lesson learnt! Always give Olivia food or she will go on strike. 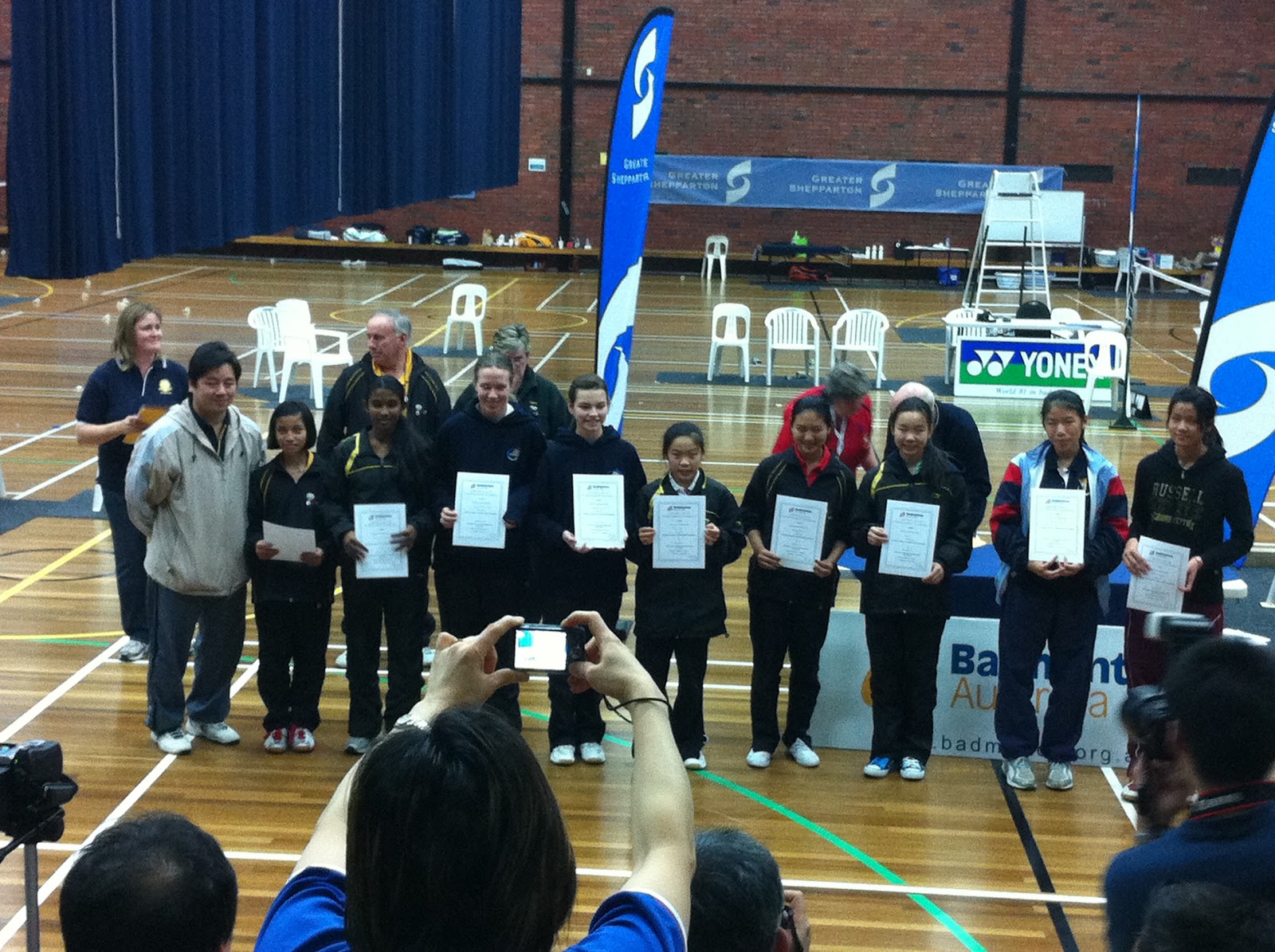 Jazton was awarded a 9th place ranking. Not bad for a kid with no formal training other than for the last 3 months since his selection into the State team.

That means he is the 9th best player in Australia after having beaten his uncles and aunties. The Wesley Badminton group should be proud of him.

After the games, there was a disco for the kids. Here are some photos:

The games have drawn to a close and kids have experienced high and low points. All parents should be proud of what these kids lay on the courts. They lay bare their emotions, their fears, their love for the game, their character and most importantly their hearts. I wish all these kids the best in their future and I am sure they will all excel in whatever they wish to achieve. God bless all of them. Good bye from the blog for now till the next competition.
Posted by Raymond Tan at 7:46 AM