The team finally have the whole team for a training session

I am still left with blogging for the 2013 Under 15s team as no parent has stepped up. I had to go with Annie and Tyz to Langford at 930 am as the team was meeting at 10 am.

Everyone was there by the time we arrived. Tyz has been helping with the Under 15s team in their training. Annie is the High Performance manager and has been turning up to see how the team trains.

I decided to tag along this morning to see where the team was going.

The coach for the team is Eric Loh. Eric is doing a great job as he is organised and very motivating for the team.

Sok Teoh who is Kai Cheng's dad is the manager. In fact when the team arrives in Sydney, he will have to double up as coach and manager. That's because Eric has to stay in Perth. As I said previously, I am sure he will do a great job as his heart is in it.

Julien Bradford who is Louise Bradford's dad will be the team umpire.   Daphne's mum will also be traveling as chaperone and known or unknown, she will also end up as cook.


The Bradfords have to travel from Bunbury every week. Such support for his daughter. Julian will  also be also  traveling to Sydney as the umpire.

All these children have to thank their parents for the support the parents give to their badminton dreams.

I am most impressed with the Wans. Dad is a taxi driver. Although coming from a modest background, I can see how much he is willing to sacrifice for his daughter. Daphne's mum is also always there to support Daphne.

It reminds me of my dad, god bless his soul. He was also a humble taxi driver and yet he managed to raise 10 kids. The things our parents do for their children.

Sok Teoh's other son, Kai Jieh has also been very supportive of his brother and the team. He has been helping out with the coaching every week.


Today was actually the first time the whole team had the training as a team.

They also looked good with their uniforms.

I managed to get interviews with the kids. It is always such a pleasure to see how the children mature as players from representing their state. The players should all be very proud that they are representing WA, their chosen home. 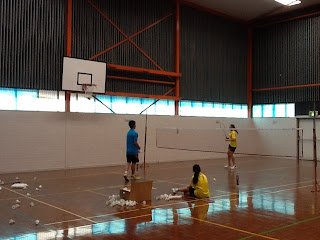 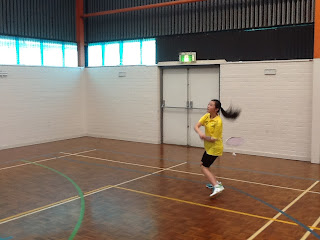 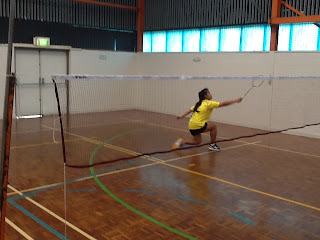 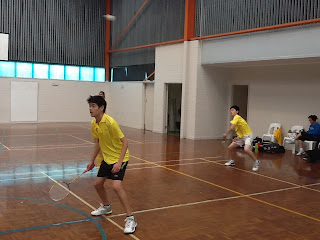 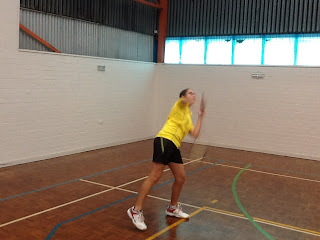