Just got the scores for the President's Cup.

It was so close. The Under 15swon 9 matches and lost 9 matches.

That is how close it was. Once the scores are tied for matches, they count the games won.

This is such a good experience for the Under 15s.

I have seen many matches won and lost because of these calculation methods.

That is why every game is important even if you are losing. Sometimes the winner is the team with the highest points if they are tied on games and then sets.

So if the President's team had tied with the Under 15s in matches and games, they then look at points.

I hope the new state players learn about the score calculation system. It means every point counts even if you are losing. So to lose 19/21 is better than losing 18/21 as every point may count at the end of the day.

Ryan the coach should be revising this info with the players before they leave for the nationals. Good luck. 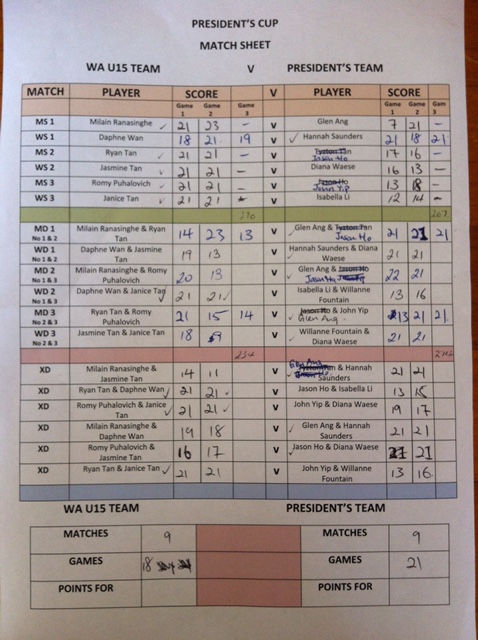